For the last 2 years, CarbonX, a spin-off of TU Delft, and Ere Research have been quietly working together on the development of a brand new material for high-performance road bike tires. After extensive research, testing and tweaking, we proudly present the new Ere Genus CCX tyre, made with CarbonX® technology. The newly developed technology along with the new tire will be launched at the Tire Technology Expo in Hannover on the 19th of May. 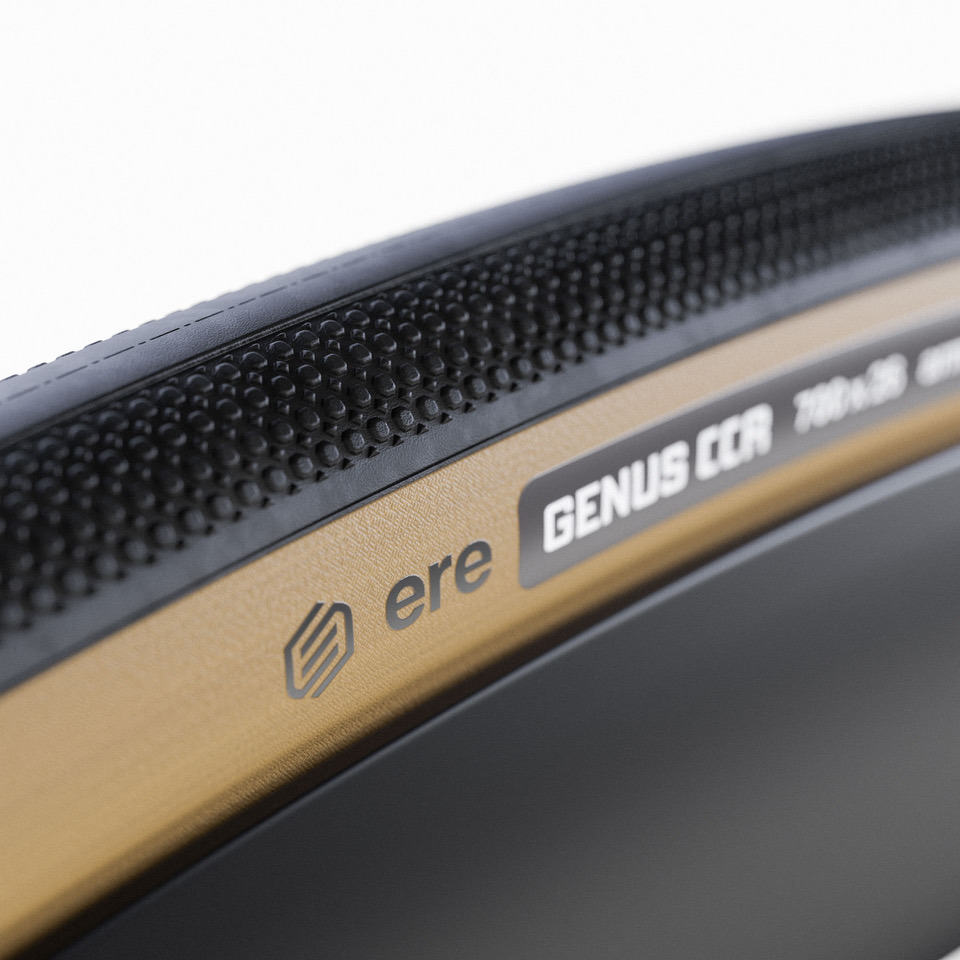 CarbonX has developed a 3D carbon network structure named “CarbonX®”, which was originally invented at TU Delft. With this new material, rubber compounds can be adjusted and specifically tuned to meet the best requirements asked for by professional cyclists. 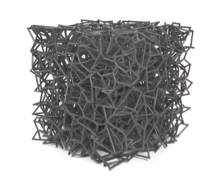 Faster without compromising safety or longevity

CarbonX® is composed of nano-sized carbon filaments which are chemically connected to form a three-dimensional micron-sized network. This extraordinary structure makes it possible to combine properties in new ways, the key to unlocking new design possibilities that can deliver both high performance and greater sustainability.

By using CarbonX®, we generate a dramatic improvement in rolling resistance to increase speed without compromising grip or wear. CarbonX® is able to make bicycle racing tires much faster without compromising handling or longevity – keeping the focus on the racer’s safety and chances of success.

CarbonX is an advanced materials company co-founded by Rutger van Raalten and Daniela Sordi in 2014. The company is the sole producer and supplier of CarbonX® worldwide. Rutger van Raalten was part of the team that invented CarbonX® in 2007 at the Department of Chemical Engineering at TU Delft, for which a patent was granted in 2009. As an expert in functionalised carbon nanomaterials for smart and sustainable applications, Daniela Sordi was the first to validate the potential of this new material. Both saw huge potential for CarbonX® but they also knew that conventional development cycles for bringing a scientific breakthrough to market could take decades.

In less than two years, the company was able to scale up production and supply high volumes of high-quality carbon on a global scale. CarbonX also expanded its R&D capabilities to generate precise, unbiased data and develop innovative solutions for delivering high performance and sustainability. These core capabilities provide an excellent basis to support clients and accelerate the development of new applications.

“As a chemical engineer I always wanted to get my hands dirty. An infamous friday afternoon experiment lead us to do things beyond the scope of our project. We came up with a scalable way to manipulate the structure of carbon. That’s where our adventure started!” Rutger explains on how things started for CarbonX. “After an intensive phase of scaling production, we needed to find early adopters. Visionaries with a similar hands-on-mentality like us. With an eye for quality, performance and innovation. People who understand what we have to offer but are able to look beyond biases or potential failure. This is how I got in contact with Piet. I heard about his award-winning innovations, and how he designed, shaped and produced every detail himself. It was a direct match.”

“When Rutger van Raalten approached Ere Research to talk about the new CarbonX® material, we were intrigued and eager to learn more about it,” says Piet van der Velde from Ere Research. “He thought it would work great with high-performance tires for cyclists. But we were also sceptical, as there have been attempts made before in the market that promised big performance increases. Many of these attempts did not deliver on true noticeable performance.”

During the process of understanding the new CarbonX® material and how it could be implemented in their tires, Ere chose to take their already successful Genus CC model as a starting point. The Genus CC is already being used in the pro peloton and has had great references. So the bar was set very high.

This has resulted in the all-new tire called the Genus CCX. For this 320TPI handmade high-performance tire, CarbonX® is used instead of carbon black particles. By using the new material, Ere and CarbonX achieved a 2 watt lower rolling resistance and an increase in grip and the anti-puncture value of the tire. Increasing all these values at the same time is a breakthrough development and has never been seen before. Both CarbonX and Ere Research are incredibly proud of the accomplishment. 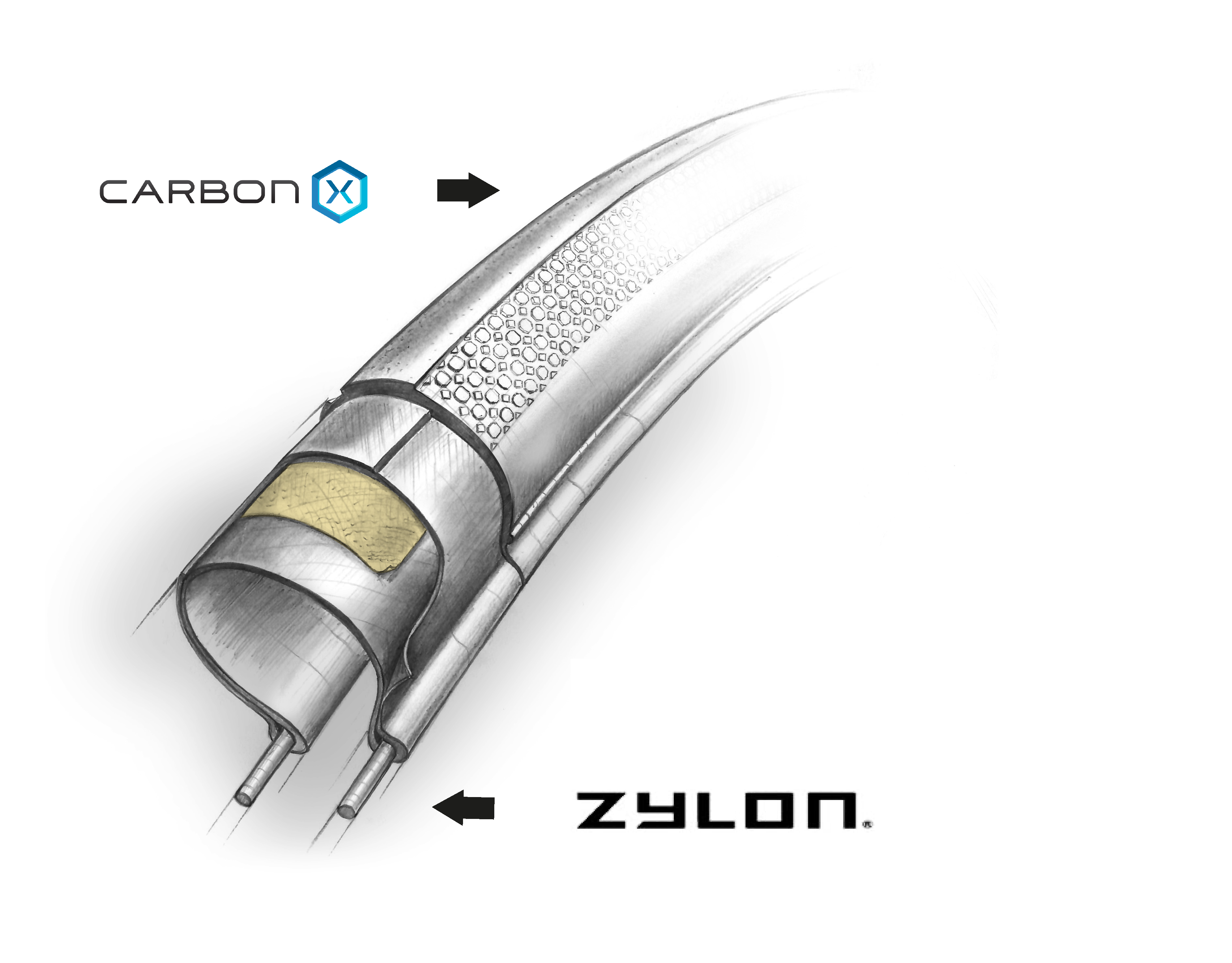 At the same time, Ere has been working on the casing of the new Genus tires. To make them safer for tubeless and hookless rims, and to keep the weight low and the flexibility performance of these tires high, Ere uses Zylon instead of Kevlar as a bead cord in the tires. Zylon is frequently used in F1 cars as tethers in wishbones that keep the wheels attached to the chassis in case of a crash. It’s a very strong material and perfect for their Tubeless and Hookless tires.

With the new developments, Ere Research and CarbonX have brought performance tires to the next level. The new Genus CCX tires are the ultimate high-performance road bike tires made for the best results. They will be available in stores from summer 2022 for 89 euros.

Want to know more about CarbonX?
Leave your message below and we will get in touch!